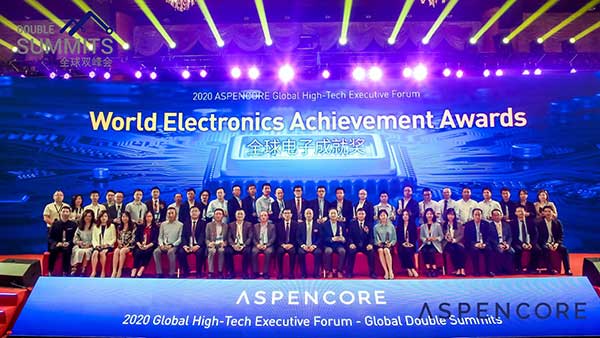 The "World Electronics Achievement Awards" is hosted by ASPENCORE, the largest media group in the field of electronic technology. It aims on the leading technologies and promotes technological innovation in the electronics industry worldwide. The selection process runs for several months with several stages including declaration, nomination, online voting and global expert review. The recognition of the World Electronics Achievement Award is a highly recognized achievement which reflects the leading position for technologies and products in the industry. As a major fabless semiconductor supplier, GigaDevice has been nominated for many years and its independent innovation ability and product strength has been praised repeatedly. 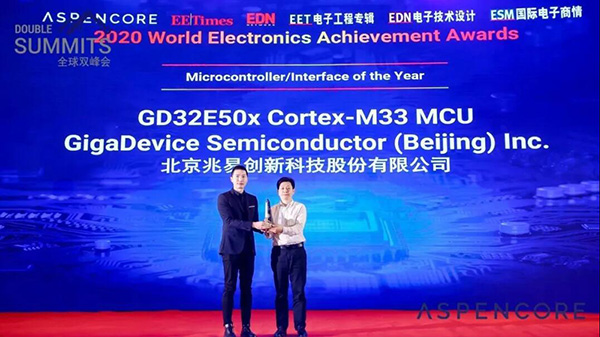 The GD32E5 MCU series, which won the "Microcontroller/Interface" Product Award of the World Electronics Achievement Awards, is China's first high-performance microcontroller based on the Arm® Cortex®-M33 core. This MCU series is designed using TSMC's low-power 40nm embedded flash memory technology. The system frequency can support up to 180MHz and equipped with 128KB to 512KB Flash and 80KB to 128KB SRAM memories. The chip uses 1.7V-3.6V power supply and the I/O ports are 5V tolerant. The built-in power management unit has been optimized to provide 5 new power-saving modes. The operating current, with all peripherals enabled in full-speed operation mode, is only 332µA/MHz. Additionally, the GD32E5 has a built-in brand new ultra-high resolution timer (SHRTimer) which allows up to 5 independent counters supporting 5 groups of 2 PWM control signals with dead zone complementary output. A max frequency of 11.5GHz can be achieved with a resolution of only 90ps.

The Global MCU Market will continuously increase until 2027

The 32-bit MCU segment is dominating the Microcontrollers (MCU) market. These 32-bit microcontrollers hold much more processing power than their predecessors 8-bit and 16-bit controllers. The surge need of 32-bit MCUs in IoT devices, such as smart wearable, smart home and smart car devices, along with the fast rising technologies like 5G and AI is attributed to the growth of the market.

Asia Pacific holds major share of Microcontrollers (MCU). Asia Pacific is expected to grow at high CAGR for MCU market during the forecast period. Around 40% of market share is contributed by Asia Pacific region and further followed by North America and Europe. The North America market, gaining popularity in terms of value and volume and shows the balanced growth, while the European MCU market is growing at steady pace.